Digital payments had revolutionised the financial landscape and had paved the way for fintech’s. The Digital India week launched by, Prime Minister Narendra Modi in 2015 was a giant leap for India towards digitalisation and wherein he said: “I dream of a digital India where Mobile and E-banking ensures financial inclusion”. His vision is gradually coming to life with the new initiatives launched by the Modi-led Government. In addition to this, there are a growing number of innovative fintech companies offering various digital payment solutions, leading the total transaction value approximately to $180 million across digital payments this year, and is expected to reach $750 billion by 2022.

The rapid growth in the wider acceptance is derived by the massive untapped market, consumer preferences, and the innovations in the fintech industry. Digital payments are expected to reach 80% of the country’s urban population and 90% of retail chains over the next 5 years. Post India’s demonetization phase in 2016, there have been several policy and digital infrastructure changes including Goods and Services Tax (GST), financial inclusion and new payment systems such as Aadhar-enabled payments & UPI to further boost the digital payments sector. Moreover, the reduced transaction charges and the degree of ease of cash transfers associated with the electronic fund transfers and mobile banking are taking the digital payments industry to new heights. 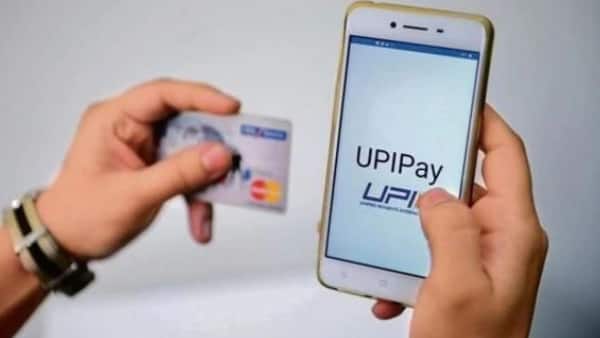 "UPI is perhaps the fastest product to hit 1 billion transactions-a-month in 2019 since its inception in August 2016," said the "India Digital Payments Report 2019".The findings of the report suggest that in India, digital payment products are being primarily utilised for person-to-person (P2P) transactions than person-to-merchants (P2M) transactions.In terms of value, UPI facilitated transactions worth ₹18.36 trillion, up 214 per cent from 2018.

Nine banks were added in UPI ecosystem throughout the year, bringing the total number of banks providing UPI services to 143 as of December 2019.Some of the key factors that powered UPI's transactions growth in 2019 are adoption of UPI 2.0 features by banks, enabling payments for IPO applications, facilitating Foreign Inward Remittance service, supporting donations for several relief programs, and numerous cashbacks and discounts offered by banks and non-bank players, said the report.Immediate Payment Service (IMPS) recorded 55 per cent year-over-year increase by facilitating about 2.3 billion transactions in volume.It clocked ₹21.8 trillion in terms of value, up 41 per cent from 2018.

In 2019, it on-boarded 165 banks under its ecosystem bringing the total number of banks providing IMPS services to the customers of 559 banks by end of 2019."In terms of value, IMPS attained the 'numero uno' position throughout the year followed by UPI. Value of debit and credit cards remained nearly the same throughout the year," said the report.In 2019, UPI, debit cards, IMPS and credit cards together recorded a combined transactions volume of over 20 trillion and combined value of over ₹54 trillion, said the report.The country has witnessed full range of Aadhaar enabled banking services through AePS over the past few years.In 2019, the total volume of Aadhaar Enabled Payment System (AePS) transactions (ONUS, OFFUS, DEMO AUTH and eKYC) stood at 2.3 billion, achieving year-over-year growth of 12 per cent. The value of transactions achieved a milestone of ₹1 trillion in 2019 with year-over-year growth of 31 per cent, said the report.For the research, Worldline analysed transactions available in public databases as well as transactions processed by the company in 2019.Worldline India (WI) is wholly owned by Worldline SA, a leading payments company in Europe that is listed on Euronext Paris. Worldline entered India in 2010 with the acquisition of Venture Infotek followed by the acquisition of MRL Posnet in 2017.

The Benifits of Digital Payment

Digitalization is the next wave that’s going to shape the financial transaction landscape, were more emphasis is put on to get to the non-bankable population and the segment of population that don’t have any access to general banking. Around the world 1.6 billion people are still unable to participate in any formal financial system and the majority of them are the female population. This makes it extremely difficult for poor people to save for the future, provide for their family’s health and children’s education, or invest in a business. The harsh reality is that the only way to make or receive payments for many poor people across the world is by using paper money in the informal sector - which is a barrier to the use of formal financial services. Cash-based transactions are also typically unsafe, expensive, inconvenient, inefficient, and lack transparency for governments, companies, and citizens alike. When digital payments—whether on mobile phones, cards, or online —become available to everyone, everyone in the economy can benefit from the outcomes! These include:

Why Digital is the Way Forward

Digital payment industry had improved the delivery of financial instruments and bank accounts to the unbanked, as more and more people are moving towards digital/virtual accounts in a push towards a secure online and offline transaction option, which is viable in the current market environment were security of personal data is a priority. The digital payment industry offers a viable opportunity to reach the unbreakable’s which consist of 1/3 of Indian population. Moreover, through its various business models, it acts as an enabler for the booming start-up ecosystem of India, while opening doors to investments in innovation.